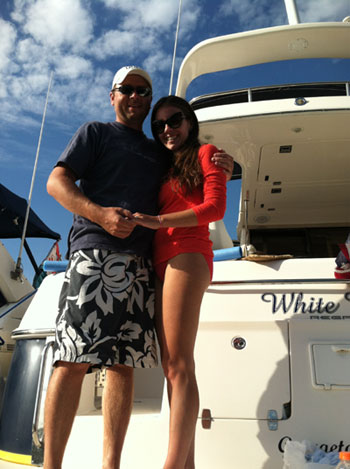 There used to be a time when your kids finished college, your mortgage was paid off and you bought a boat. Those days are gone. Generational change is happening to the recreational boating industry.

Baby Boomers (those born between 1946 and 1964), who our industry has relied on for so long, began retiring at the rate of 10,000 a day on January 1, 2011 according to the Pew Research Center. While conventional wisdom has the current recession as being the cause of declining new boat sales since 2010 Boomers retiring is equally relevant in my view.

Generation X (those born roughly between 1960 and 1980) who followed after the Boomers do not appear to have made much of an impact. As a consequence our industry has begun to take notice of Millennials (also known as Generation Y) and their potential to sustain it. Why? Because there are some 80 million of them and they make up approximately 25% of the current US population. It would therefore make sense for our industry as a whole to communicate with them in a coherent and consistent manner.

So who are Millennials? Depending upon the source Millennials are those born between 1977 and 2000 which means they are between 13 and 35 years old. For many in our industry (including myself) these are our kids and here begins the communication challenge!!

Marine Marketing Tools founder Diane Seltzer puts it this way “When my husband & I started out boating we were the “kids” on the dock. Fast forward 15 years (now in our 40’s) and we are still considered the kids on our dock. Big issue for the industry.”

What message about boating do we want to get across to them? How and when do we do it and how will it resonate?

Here are some links out of many to start the conversation:

An overall view of Millennials is contained in a report from Barkley based on research conducted as part of a joint partnership with Service Management Group, the Boston Consulting Group and Barkley – American Millennials – Deciphering the Enigma Generation.

The purpose of this and subsequent posts on the topic of Millennials is to start the conversation going on how to market and communicate to this important demographic group. We need to work together to lure in younger boaters and build a pipeline of future buyers for the recreational boating industry.

President at James Nolan Associates, Inc.
James Nolan is President of James Nolan Associates Inc., specialists in recreational marine marketing, press and pr. He is a member of Boating Writers International, writes a monthly column for Boating Business in the UK as well as the occasional blog post for boats.com. He has over 25 year’s extensive management experience with full P&L responsibility in the U.S., Europe and Australia. Outstanding record of turnarounds plus leading, growing and developing businesses. Highly effective at building relationships.