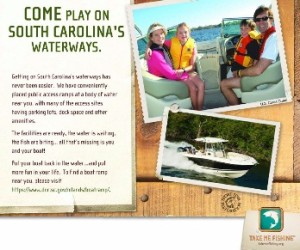 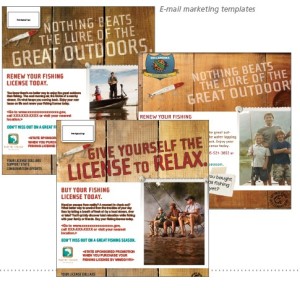 The 2014 RBFF direct marketing program will target more than 3.5 million lapsed anglers and boaters with direct marketing materials that encourage them to buy a fishing license or register their boat. Participating states in previous years’ programs received more than $34.6 million cumulative gross revenue. The RDFF hopes to meet or match the success of previous direct marketing campaigns.

The 2013 State Fishing License Marketing Program also included 40 states and resulted in more than 229,000 licenses sold and $4.64 million in gross program revenue. The 2014 Boat Registration Marketing Program will include distribution in two more states in the 2014 campaign than in 2013, which resulted in over 48,000 boats re-registered and $1.68 million in gross program revenue. Both of the programs are funded entirely by RBFF, with states receiving all of the revenue that the programs generate.

RBFF provides states with customizable direct marketing pieces and works with states to enhance their overall marketing and communications capacity, as well as ways to improve their fishing license and boat registration processes.

News Editor at Marine Marketing Tools
MarineMarketingTools.com provides occasional coverage on marine marketing newsworthy events and other updates that offer marine marketing opportunities to grow businesses in boating. If you are interested in a profile, please see our sponsored post opportunities.